Starting a Movement: Are You Crazy Enough? 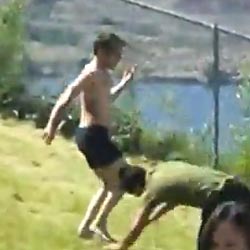 First of all, this video is hilarious. But more than that, it’s deep….really deep. Give it a watch, then post your thoughts below on what it says about leadership and influence, and what it speaks to you about starting your own movement. Do you have what it takes? Do I?

Everyone wants to start a movement…or at least join one. I think we’ve all got this intrinsic desire to be a part of something bigger than us, something that frees us, even temporarily, from our typical 9 to 5 routine. Something that makes a difference on the planet, even if it’s a small one. And at the same time, we want to feel a connection with other like-minded revolutionaries, to be a part of grander story that others are living out alongside us.

Movements are a strange phenomenon, for sure. They come unexpectedly, grow for reasons that are difficult to explain, and can rarely be planned or manufactured. Whether an idea, a company, or a cause, it’s often a mystery why some things take off and others flounder. But watching this video, there are a few clear take-away’s on what all genuine movements have in common.

It always takes one.

But not just anyone. A freak of nature. A crazy person. Someone who’s absolutely, categorically indifferent to what other people think. Watch the first couple minutes of the video again — the time while our guy is dancing solo. The last thing on his mind is what those around him are thinking. He could care less. While most of us live under a perpetual cloud of fear, constantly wondering how our words, our actions, our jobs, and our looks are being judged by our peers, there are these rare, magical souls who are willing to fly solo. And in the process, often without even knowing it, they change the world.

Then it takes two.
Who is this second guy?  He’s got guts, for sure, but nothing compared to guy #1. In fact, I bet he joined in on a dare from one of his buddies. One of those, “Dude, I’ll totally buy you a beer if you go dance with that weirdo for at least five minutes” type of thing. If the first guy is da Vinci, this dude is my six year old in her first pottery class. All that said, the second guy is crucial. He’s the linchpin. Because if there’s no one willing to join in, there’s no movement. It’s just a shirtless guy in really tight shorts in a field, and the song ends and everyone goes home.

And at some point it “tips”.
Watch in the video as one guy joins in, then another, then a couple more, then a group of four or five. Then you hear some girl scream, and it tips. What was just a little cadre of eccentric hippies a second before is suddenly an authentic movement. In a moment it changes. Watch it again — you can feel it shift, can’t you? It’s wild. People literally start running from all directions (even some dude in bright red undies), trampling all the bystanders sitting around while the action happens just a couple feet away.

Fascinating stuff, right? So enough from me. What does this spark inside of you?